I’ve been baking bread on and off for a few years now. It’s a satisfying and rewarding thing, and doesn’t need to take very much time out of your life. It’s fun to experiment with different methods and recipes, and the results can be tastier, fresher, and more interesting than anything you could buy.

So I thought I would share some of my techniques and recipes, derived from numerous online sources and my own experimentation.

I only bake sourdough bread these days, which is created using a ‘wild yeast’ starter and no instant yeast. So I only need 3 ingredients: flour, water, and salt. There’s all sorts of complicated and sometimes crazy rituals around creating your own sourdough starter out there, and you can even buy starters online. However I’ve created my own twice now and both times found it to be relatively straightforward, and had a viable starter for baking bread within 7-10 days.

It’s an interesting process, basically you are attempting to catch and breed wild yeast, which will either come from the air around you, or more likely from within the flour you are using. It’ll start slow, but within a few days you’ll have billions of yeast organisms living in your jar, devouring your flour and releasing CO2. Then you can take out a spoonful and make good tasty fluffy bread, then feed it some more flour and water for next time. 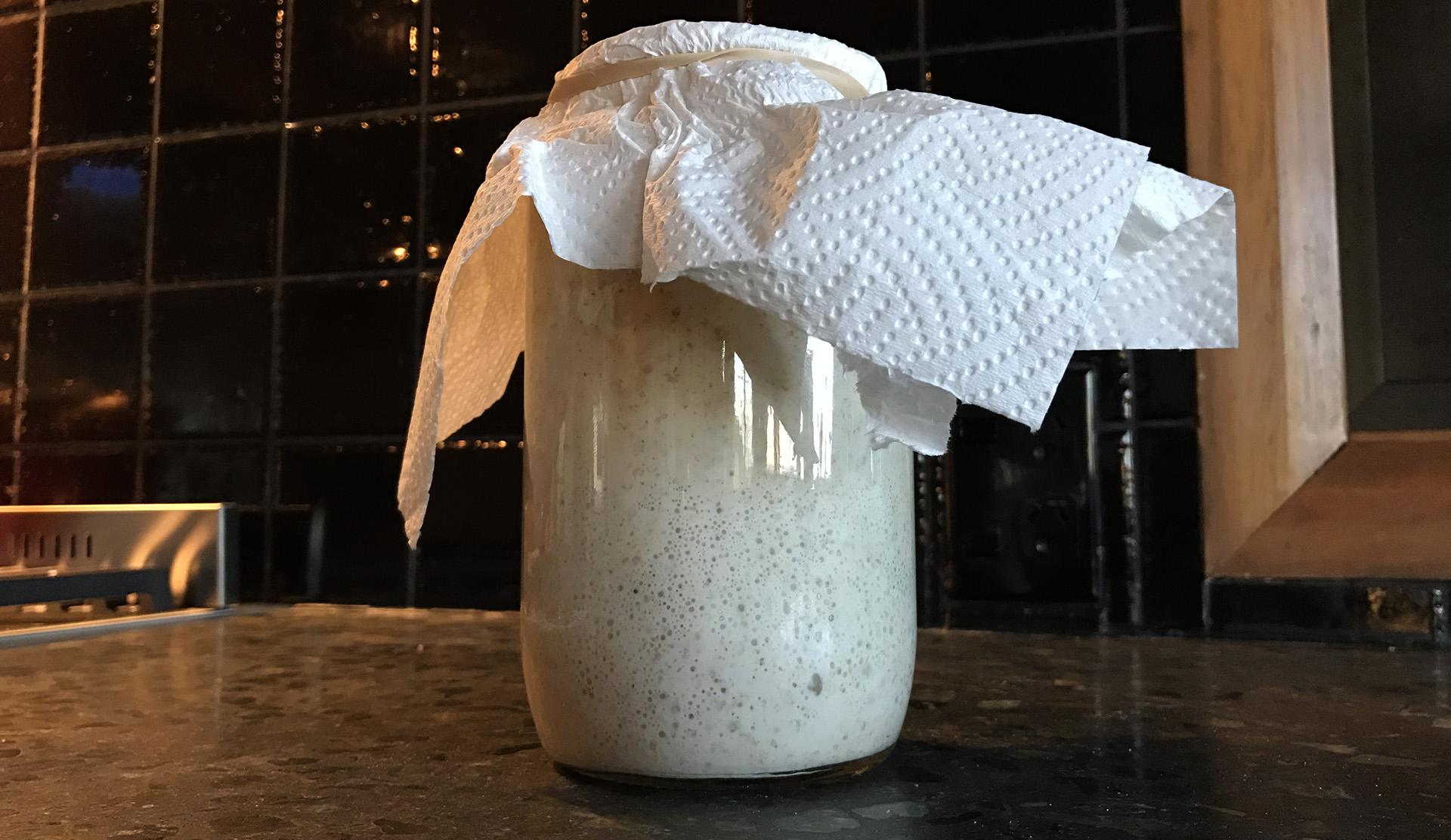 Stir until it’s combined, then cover. I use a paper towel or tissue paper secured with a rubber band. Use whatever porous material you like to cover it, but do not use plastic wrap or a screw on lid. You don’t want insects or whatever getting in or it drying out too much, but it needs to breathe. Leave somewhere out of sunlight, at room temperature.

24 hours later you want to add the same again, 10g of rye flour, 40g of white flour, and 50g of water, to double the amount of starter. Stir again, cover with paper and leave same place as before.

Now 24 hours later, you’re going to take roughly half of the starter out and throw it away. It doesn’t need to be precise, though you’re probably better to throw away more rather than less. I think I tend to underestimate how much is left, and if you’re only left with 50g that’s fine.

Keep doing this daily until you start to see it bubble up and more than double in size between feeds. Feed it for a couple more days and you’re good to bake some bread with it. 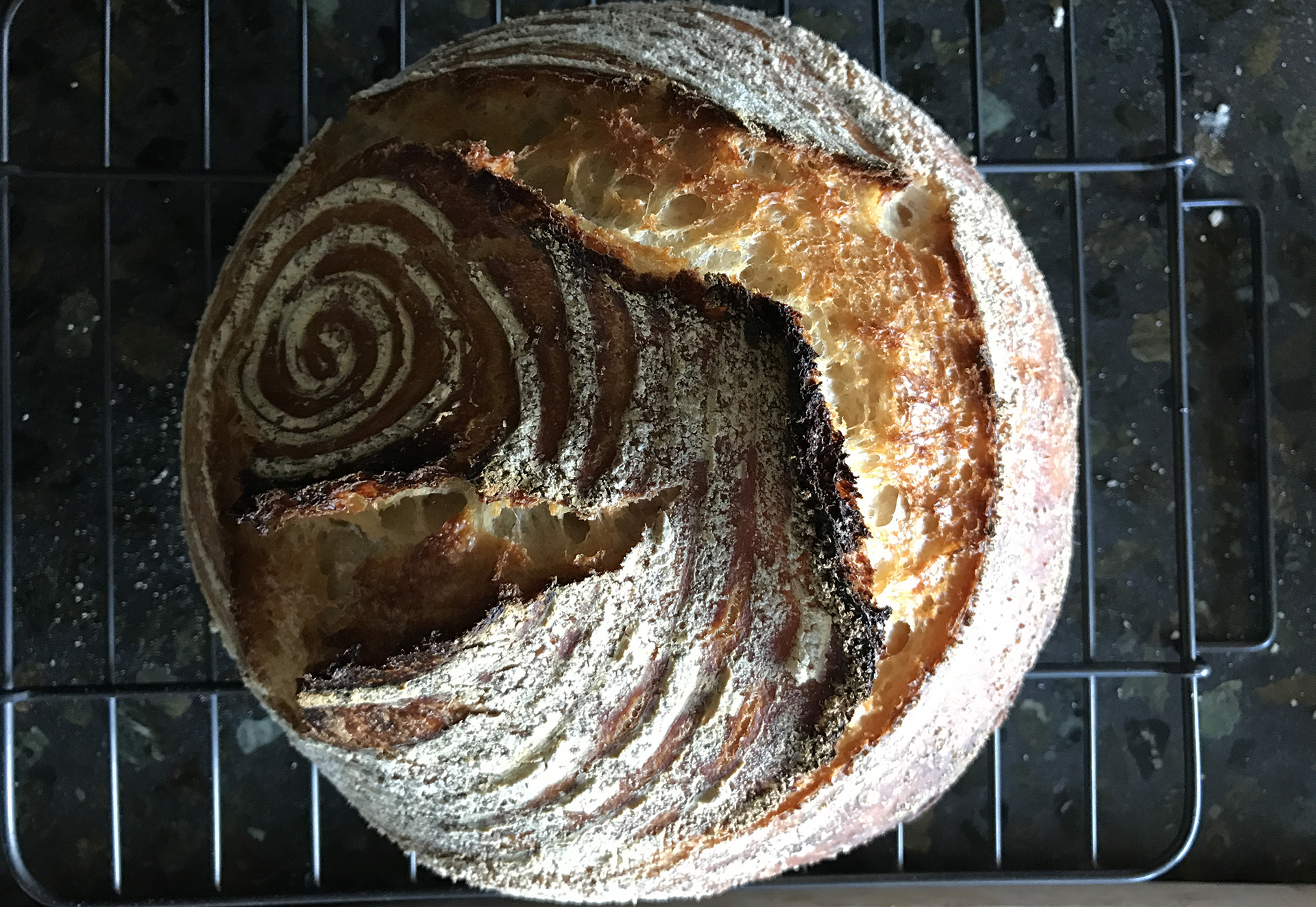 You can also create amazing pancakes with sourdough starter (once it’s viable). They’re dairy free too. All you need to do is take some quantity of starter and double or triple it every 12-24 hours until you have enough. Then when you have what you think is enough (about 800g does our family) you add enough water to make a thin batter, then about 1 egg, 1/4t salt, 1/2t baking soda per 400g. Stir it up and watch it double in size as the baking soda reacts with the lactic acid in the starter, then fry them in butter or oil or whatever you like.

I’ll work on part 2, how to bake bread with this and aim to post it within a week, in case anyone rushes off and gets a starter going straight away :)