This latest build is the evolution of my previous little 125mm quad. Carbon fiber tubes turned out not to be the best for small quads, and I crashed and wrote off that frame within a few flights. So for a replacement I ordered a pretty generic 130mm frame kit set. I used the base plate alone and stacked everything like a tasty electronic sandwich. The top plate seemed unnecessary and I don’t really mind using the dangerous potentially explosive battery as landing gear.

It has turned out great, flies a lot better than the last one, and should last longer too. I haven’t tuned it yet, it still feels a little sloppy which you can see in this video, but it should still give you an idea of the speed and maneuverability.

To build it, I first used a hacksaw to divide the conductive layer of a small rectangle of blank circuit board into two. I used this as a LiPo battery voltage power distribution board. I stuck this onto the carbon fiber base plate with double sided foam tape, and alongside it stuck and connected a 5v BEC to provide output to the flight controller, and also stuck on a micro minimOSD. I’m only using the OSD to see battery voltage, as a buzzer doesn’t seem to work on the mini Naze. 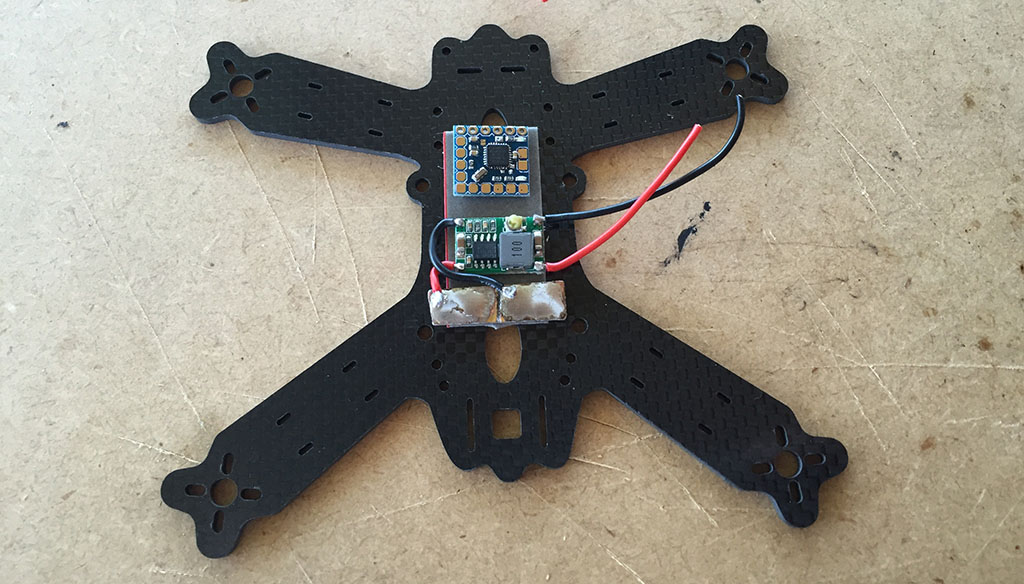 I then attached all the motors and ESCs in the normal places. I used the motor wire wrap around method I’ve seen elsewhere to get the ESCs as close as possible to the motors. Underneath I squeezed in the absolutely giant XT-60 battery connector and 200mw vtx with antenna. These were also held in place with double sided tape. 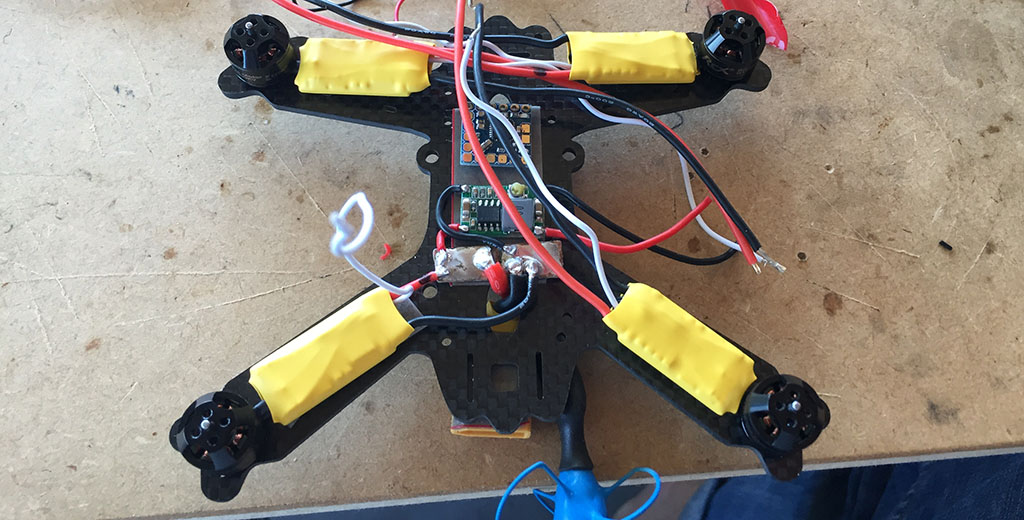 I then installed the camera with some tape and hot glue, and wired up everything ready to go as I wouldn’t easily be able to get to this layer again. I did end up replacing the camera with a different one, as the first one I put on had a crazy wide 170° FOV which made it feel as though the camera was mounted on a 10ft pole. 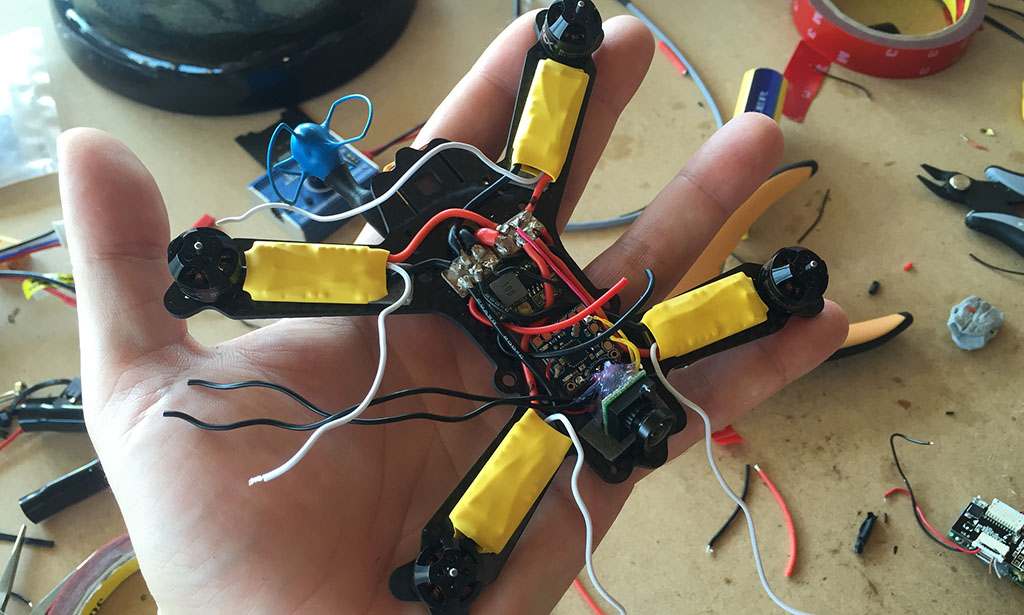 I then took a FrSky D4R-II 2.4ghz receiver, snipped off all the connectors, and soldered the PPM signal and 5v wires directly from the mini Naze flight controller. I stuck them together with hot glue to keep them together but also separated so components wouldn’t touch.

After connecting up the necessary wires to the 5v BEC, the ESCs and the minimOSD, I then stuck this on top of everything using some double sided foam tape, being careful nothing would contact that shouldn’t.

I simply ran the radio transmitter wires out along the bottom of the front arms (no problems yet). Finally I wrapped the whole thing up in electrical tape to keep it all secure, added some velcro to the bottom to help secure the battery, attached the props and I was ready to fly!

I’m not quite sure why I wanted to make such a small quad, or what its use is! It’s still far too over powered and crazy to fly around indoors, but smaller trees now feel bigger, and I actually feel smaller flying. I think it does open up opportunities to enjoy flying in smaller areas with smaller obstacles. And if you hit something, at 160 grams it isn’t going to do as much damage, so that probably opens up a few new places to fly too.